What to say about the Notre Dame fire? 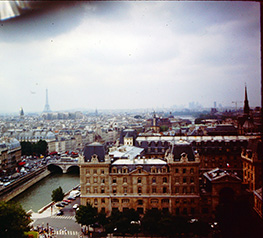 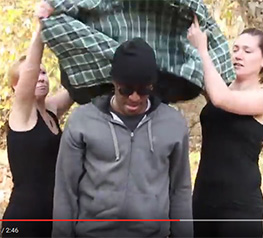 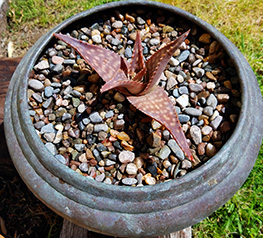 Thanks for making my dog “famous”

no photo today (yet)

So here’s one of those bullet list updates that will someday win me blogger-with-vision awards because it does away with all of those unnecessary things like transitions, complete sentences and proper punctuation.

Now, even with the free flights I can’t afford to be staying in $250/night hotels while I’m there or anything, but at least we’re going.  Honestly, where we stay isn’t really that important – having a bed and a place to put my bags is really the only thing that matters.  Now comes the fun of figuring out how much the rest of the trip costs, and how we’ll do it economically enough to make it possible.  Let’s just say that I’m saving as much of my per diem as I can while I’m on the road. Of course, with these Canadian exchange rates, it’s not easy.

That’s all for now.  I’ll update with more plans as we make them.  Put the first week of June on your calendars, ’cause if you’re going to be in Italy around then, we’ll totally have to meet up.

my face is watching you

sorry about this, by the way.

I’ll never forget the way she’d do her groan/growl thing that sounded so terrifying but was really so happy – you’d put your head on hers and rub her side, maybe squeezing a little, and she’d just start a low groan that was truly unique.

If the Brothers Wright could see what atrocities were being done to their work by the TSA and a willing public these days, they’d probably have kept flying to themselves.

Flying today has become an embarrassment of epic proportions – incompetent drones following absurdist mandates from an ever-terrified group of know-nothings in suits who sit in dark rooms and think up ways to look like they’re doing their jobs without once considering whether their jobs are providing the service for which they were intended lo those many years ago. The act o getting to a seat on an airplane these days can make even the sanest folk crazy.  No wonder Americans largely eschew flight for staying home and watching American Idol.  They’re not ignorant, backwater, dis-engaged and incurious, but rather staging the largest, longest and most sedentary sit-in of all time because they know what the TSA can (and does) do to you when you dare to try to fly.

That said, it’s still marginally less obnoxious than driving across the country (and sailing across oceans), so I do it when called upon by the minstrel gods of rock n roll.  Especially when those same singers give me a couple of days off to hang out with my mom in Glen Mills.  Good stuff.

There’s snow here (that I should be shoveling out) and the poor dog is lamed by cancer (most likely) in her shoulder and foreleg, but mom is well and the house looks great.  I’m getting work done sitting here at my mom”s kitchen table, checking 4 email boxes with only a bit more difficulty (and 2 computers) than usual.  This leg of the tour is the official start of the “working from the road” program that I should have been implementing throughout all of 2010, but was too lazy to attempt.  so far, it’s been a smashing success.  Having Emily at home to help out is actually really awesome – knowing that things will get done well in my absence is important to my mental health, I think.

Okay, time to get outside to shovel a little more of the driveway before moms gets home.

my lemon is dying!

It’s tough to get back into the groove over here!

So, I’m allergic to dust.

The allergist gave me that “80 pricks” test or whatever, and dust (dust mites) were far and away the biggest thing on my arm, followed by feathers, something else, and cats.

It’s been a miserable 4 days – I had to stop taking antihistamines on Thursday last, and since then, I’ve been sick, tired, and sick and tired of blowing my nose.

I was going to be better!

Thank you sir. This has brightened my day. : )

Hope your holiday was as awesome as mine. Immediate family and lots of food was the order of the day for me.

From me, myself and I to everyone who comes here or reads on their feed reader – Merry Christmas.

This is the first Christmas of my lifetime that I haven’t spent at my parents’ house back east, and while I do love not being cold and being able to be at my own house right up ’till the day, it’s a little bittersweet to miss the fires in the fireplace and the folks that I’d always get to see when I was in Media.

So, after ill-advised drinks in Brisbane last night, I slept my entire day away today, give or take. I mean, I walked about a little, but just sitting in the room reading and laying about (and following the goddamn Eagles’ squeaker on the interwebs) was my goal of the day.  and boy did i win at my goal.  I may go out and get a bite to eat in a little while (i realized, while trying to assess why I was hungover this morning, that part of it had to do with the fact that my last meal was dinner on Saturday, and the sandwich on the plane at noon on Sunday probably didn’t count as much as I thought it did.  Days off are great for my diet, I guess, although eating less on days ON would be more beneficial, since I only have 2 days off.  Ah well.

Anyway, I’ve missed the internet while I was in Brisbane, but it doesn’t seem to have been an awfully eventful few days online or anything.

Boy, Howdy! Time flies when you’re living in the future!

Has it really been forever, or just about that?  Yes.  Well, it’s been tiring, fun, and more than a little absurd, as you’d expect of a tour.

Yesterday was one of the best days I’ve had since this tour started, and I wanted to mention it because there are so many days when I’m tired or bored-but-unable-to-do-stuff or simply sans-internet.  Yesterday was an unexpected day off here in Perth and because of the time difference between New Zealand and here, I woke up early. Quickly deciding to rent a car, I was just heading out to go wine tasting in the nearby Swan River Valley when I ran into Bobby. He was game to come when I invited, so we grabbed the car and headed out.

On the road again (and again)

From the Unoriginal Title Department comes this, the latest installment of the unoriginal-titled epic series known as Clapboard.

I’m leaving for Tokyo and points beyond, but I’ll be in touch better than ever as long as you email me.

Thanksgiving was spectacular, Scott & Sharon’s visit has been a lot of fun (ask me about 3am steaks sometime!) and the 10 days that have led me to this have been more than ridiculous mayhem in a pretty good way.

Go Eagles, beat Bears today – show the NFL that you’re not the wishy-washy losers that you often appear to be, and make the effort to win something significant today.

I, for my part, will make an effort to be creative and do interesting things, despite the hellish travel schedule and the near-permanent jet lag.
I love you all.

Second foray into the new world of General Admissi

This error message is only visible to WordPress admins


Error: API requests are being delayed for this account. New posts will not be retrieved.