The ultimate repository of all the crap that I’ve created over the years.

Okay, I don’t hate it, but man, it can be tedious and frustrating.  Frustrating because my computer, good as it is, decides randomly to fail to analyze frames for Warp Stabilization in After Effects, but only randomly.  If it fails once, it might succeed next time, the 3rd or maybe the 5th try. It might also just work the way you expect it to, but only sometimes.  Tedious because when it DOES work, then I have to go through and remove 100’s of sync points by click-and-dragging around my actors every few frames and then waiting for the recalibration.  It’s taking me 90+ minutes to do this 27-second shot, which, admittedly, is a long shot, but still, more than 90 minutes.

That all said, I have another mini-shoot scheduled tonight, so that’s good. one way or the other, I’ll be finished with this by then…

Over the last month or so, I’ve been consumed by work on two videos for the JAZZMIN Vocal Band, a vocal group that includes at its core, my mom and Rod.

I went up to Vegas twice to shoot footage, once at a live event and once as a production day on a green screen where each singer came in in turn and performed his or her part.  The production went basically according to schedule, considering, and the footage looked good.  Changes to the project after the shoot as well as creative hangups and differences hindered the edit process, as did my own ignorance of certain key (and keying!) elements, but all of these got overcome or steamrolled and the project got finished.

I’ve cut a couple of Director’s Cuts to reflect more accurately the vision I had when I was shooting, and after the break, I’ll share them with you.

Too big for the page – moved to after the break.

I’ve been in a weird mood to edit shit over the last couple of weeks, so much so that I find myself actually looking for ways to re-import some of my old miniDV tapes.

Cool 1-minute video of a hot girl in a bikini after the break. Clapboard needs more of this, and no mistake.

Thanks to NR for shooting with me again and to Pris for finding the music.  I want to do more of these, not only on the beach (although I do want that), but in the studio, on a mountain, wherever.

Nubia tells us all the Mortal Kombat games she has.

I also learned about YouTube’s current uploading system since I haven’t uploaded anything to YouTube in a very long time. It errored out the first two times I tried uploading the video, but the third time was a charm. Easy.

So.  I fanally saw BLACK SWAN. 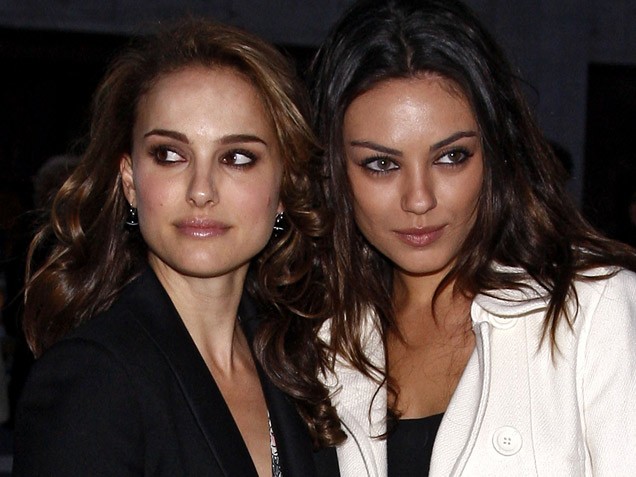 And except for the hot, hot women playing the two lead female roles and the guy from (the under-seen and under-rated) BROTHERHOOD OF THE WOLF playing the ONLY male role, MOULIN ROUGE was a way better take on the musical-based tragedy genre.  I mean, there were some spectacular moments in the movie that I’m going to definitely watch again to see how they were done (was it digital bullshittery or clever mirror placement that made sure we never saw the camera, even when we should have?), but many of them were overwhelmed by the obviousness of the choices that Aronofsky made in the symbolism.  Really.

The rest of this review is now past the break because it kept growing to the point where it was awkward to keep everything above the fold.  Thanks for understanding.  And if you don’t want my opinionated take (and probably a spoiler or two), don’t click through.

Maybe my favorite sibling game ever.  Probably because I’m the oldest

Man, this brings back memories.

Sadly, just about everything is wrong with this copy of the movie, some things that weren’t even there in the only screening it ever got.  Example:  the lip sync was perfect (it drives me nuts when lip sync is off) during the screening, but I guess this transfer has seen better days.  The VHS is a disaster, and yet it’s the only way I’ve ever seen this movie outside of the transfer room and the screening room. There are still scenes in here that don’t even show up my one-light video test transfer (this was only supposed to be a test after all).  I hate that we’re all black for those scenes, but not as much as I hate the fact that the film jumped the track at the end and is all jacked.  Eh, I could gripe forever.

Anyway, this is up there with one of my favorite projects ever, what with our 6-day shooting schedule (second longest next to Resolution of Sin), driving halfway (and once all the way) to NYC to get Mike or drop him off after he skipped some classes, editing in my monk robe, holding a half-decent casting session by taking the show to the dorms, and shooting in Ruby Tuesday’s all night long. 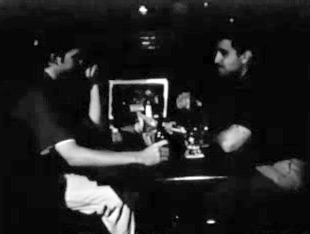 The premise is admittedly absurd (which of my movies aren’t absurd-in-premise?) and the directing is really sub-par, but some of the kids give surprisingly good performances.  It’s not going to go on record as a great student film or anything, but given that I never did get any college classes in making narrative film.  The kids from NYU really had a head start. Fortunately, being a PA is monkey work that even I could do.

Fun stuff to watch again, even if it does hurt my eyes somewhat.

This is Ultimate Mother of all Health Videos II – bigger cast, more mayhem, and all for something called “Act 211” I’m not sure how they let us graduate, but man, this stuff was fun.

Ultimate Mother of all Health Videos

Here it is, for 10th grade, the Ultimate Mother of all Health Videos.

I don’t even remember why we shot this or who the two guys who aren’t Russ even are.

A music video I shot in the original place in Brooklyn.

Stops for some reason after only a few seconds, maybe a minute.

Mike and I fight in our first two-camera sequence. No sound effects, and you can tell. Maybe someday I’ll finish it with sound and rudimentary special effects.

Here it is, at long last… our new video! After 16 hours yesterday, we left the final encoding to do today, the fruits of which you will see here. And since all of my regulars are on some kind of high speed connection, I’m going up to 320×240 format for all my videos from now on. Better quality all around. So watch, enjoy, tell me what you think.

Again, if you’re using Netscape, you may not be able to play the file right from your browser. Go ahead and click Read more… to get a list of downloadable files for you to grab to your hard disk. This time there are more options, including Real Media, which I might start streaming next time. That’s a research issue, I think.

Starting the day with @DomaineCarneros 2015 Blanc

I may be a little behind on wine posts but because