Thanks to Uncle Ken and Justin who took and e-mailed (respectively) this photo to me just the other day and helped crystalize my feelings at the moment about where I am and where I should be.

They say you can never go back again. They say its never the same. What if you only want similar, though, can you go back to similar? I mean, of course we’re not the same people we were ten years ago (or 20 years ago), and dont have the same needs, but those needs are probably similar, even if we don’t recognize them. Looking at Old Faithful (yes, for those of you not in my family, we named that tree. Shut up about corny because my mom and aunts climbed in that tree when they were kids, then so did we–it earned a name) bereft of what I always thought of as its left arm makes me a little sad, because I think it was the gentle slope of that limb that so invited young climbers. Then again, if, after more than 50 years of having one family climb me so actively I’ve lost but one arm, I think I’d be pretty proud.

The poll to the right is really a thought process about making things happen again, about breaking out of hibernation and living up to an unspoken promise, a reputation, a tradition set forth by people I love. Thinking about our break from the Cape as a hibernation is somehow liberating – this isn’t the first time the traditional line was broken, but that doesn’t mean its not just dormant, waiting for a time when my generation gets its life under control, a time when we can finally say “I can see far enough ahead to make things happen that matter to me.” A time when we just do.

I miss South Sea Village. I miss Seagull Beach. I miss the way I felt walking on the dock by the Salt Pond. Sailing. The Jetty. Mostly, though, I miss the comraderie that we established in those days, and the memories in active creation. 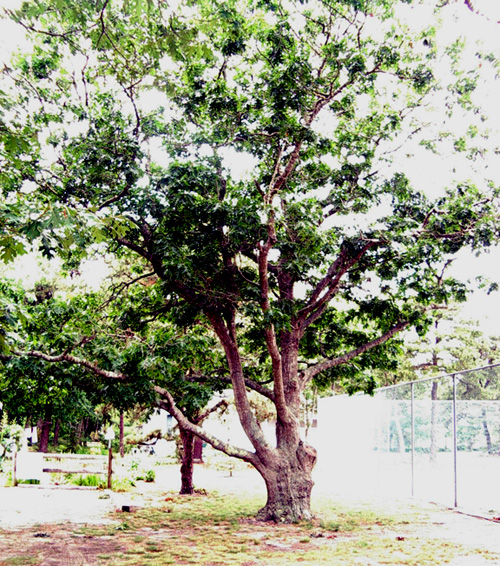