This post was a particular mess – I think the table formatting really fucked with it the couple times it’s been shunted over to a new format or system.  I probably should have been keeping the old sites running each on their own subdomain, but securing that old software would be a nightmare, even after disabling user login and new account creation…
I digress – on to the pictures!
(…MO 2016_0729)

The Abridged Story of making the Thanksgiving Table 2006

This is the table Emily and I built and collaged for our Thanksgiving feast this year. Technically, it”s merely a piece of plywood that sits atop a much-smaller table, but it works exactly the way we need it to, because we can lean the tabletop against the wall for easy storage when we”re not having a feast or throwing a party where beer pong will be part of the festivities.

The images below are of the process of collaging the table – a weeklong process that lasted almost around the clock. We worked in shifts, day and night, and consulted heavily with each other for each section and used the help and advice of plenty of people in the mix, notably Priscilla and Mario. When we were finished, we did a test collage and lacquered it, only to learn that it was a damn good thing that we did because the lacquer ruined the paper and would have destroyed the table. Turns out that there”s a place in the Valley that sells Plexi at 50% the going rate at Home Depot (which doesn’t even carry plexi out here for some reason).

While the project seems unfinished to me, I like it because it’s a moment in time and we finished it in time (barely) for eating, and now it’s done. It”s covered in years worth of clippings, posters and bits of movie-related stuff, and was an education (to say the least) in just how much crap you need to cover a table this size.

Here are the larger images, blown up from shaky cameraphone pictures that I took during and after the process. The whole thing really pops with the plexiglass on it – it”s really complete. Anyway, if you haven”t seen it in person, you should – come visit and check it out. Some may think of it as an homage to a much older collage and those people would be right, at least in spirit. Whenever we take on a project, it”s always a production. 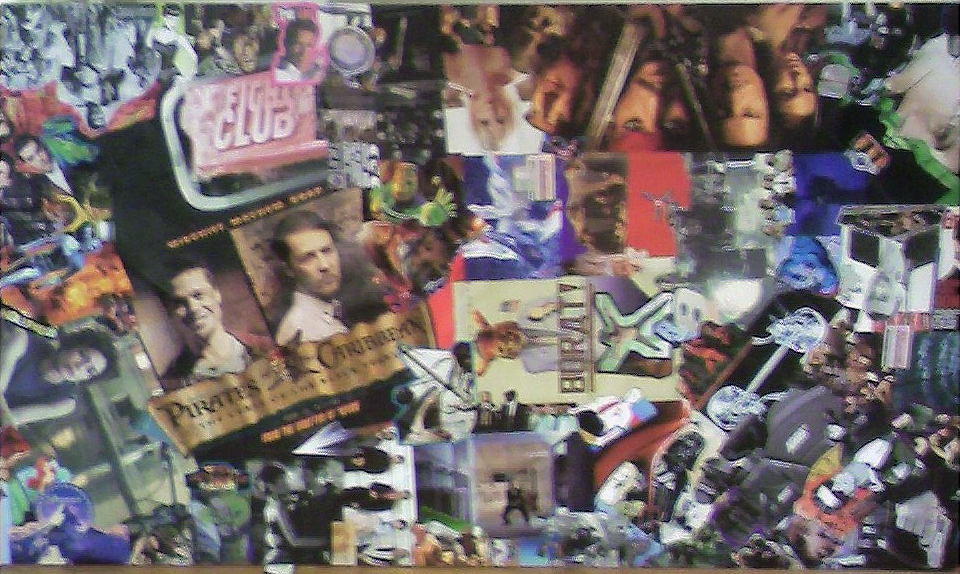 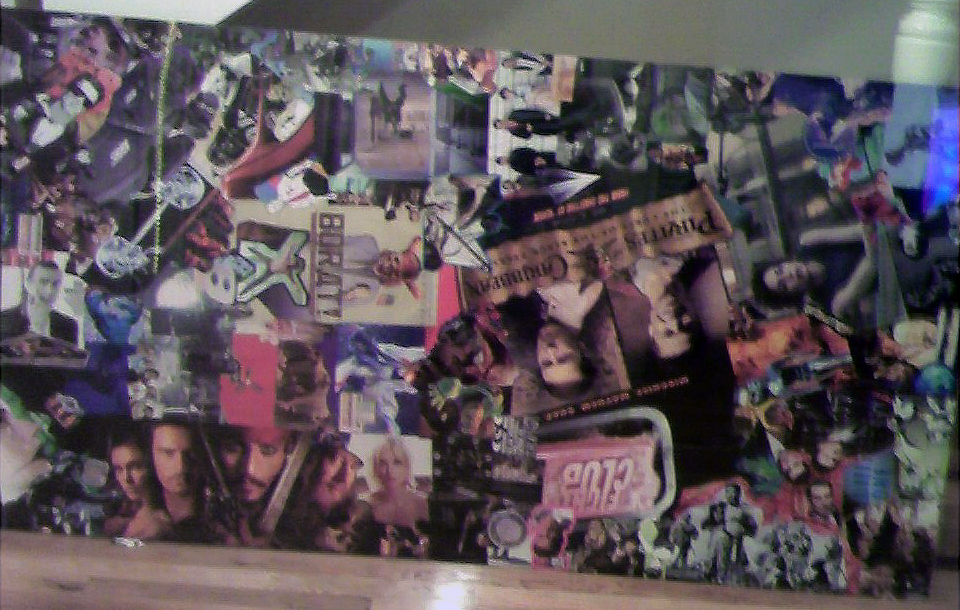 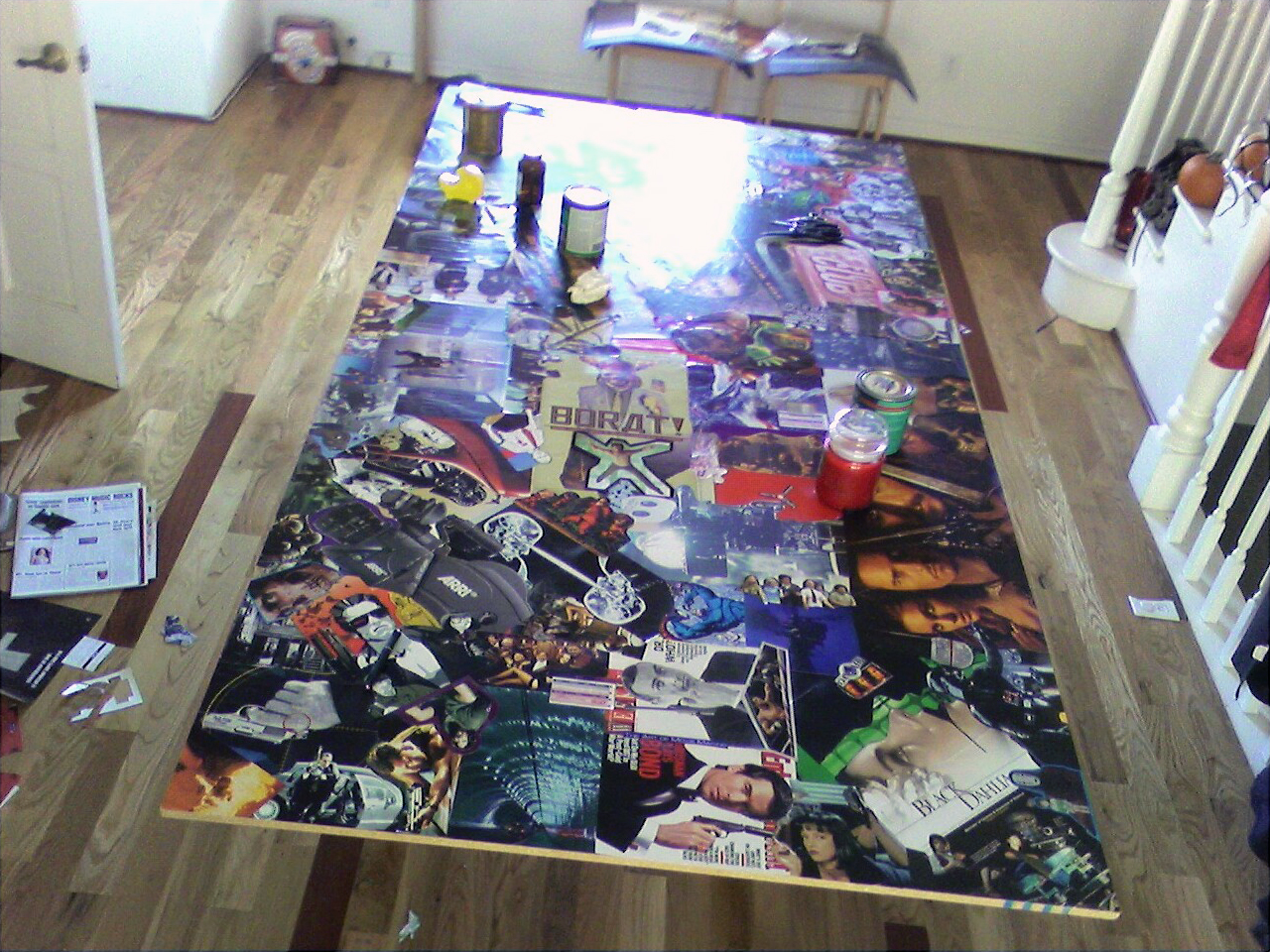 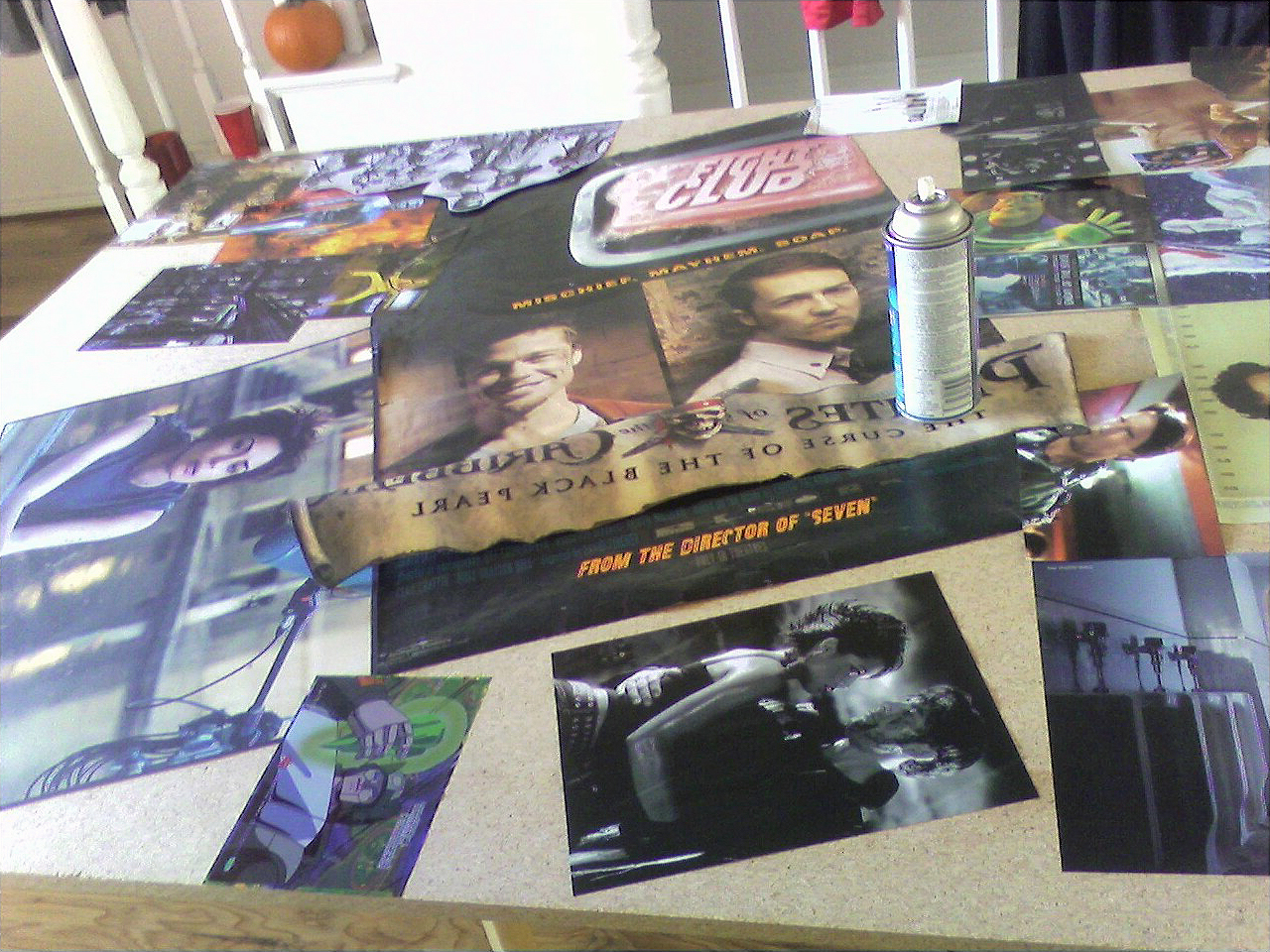 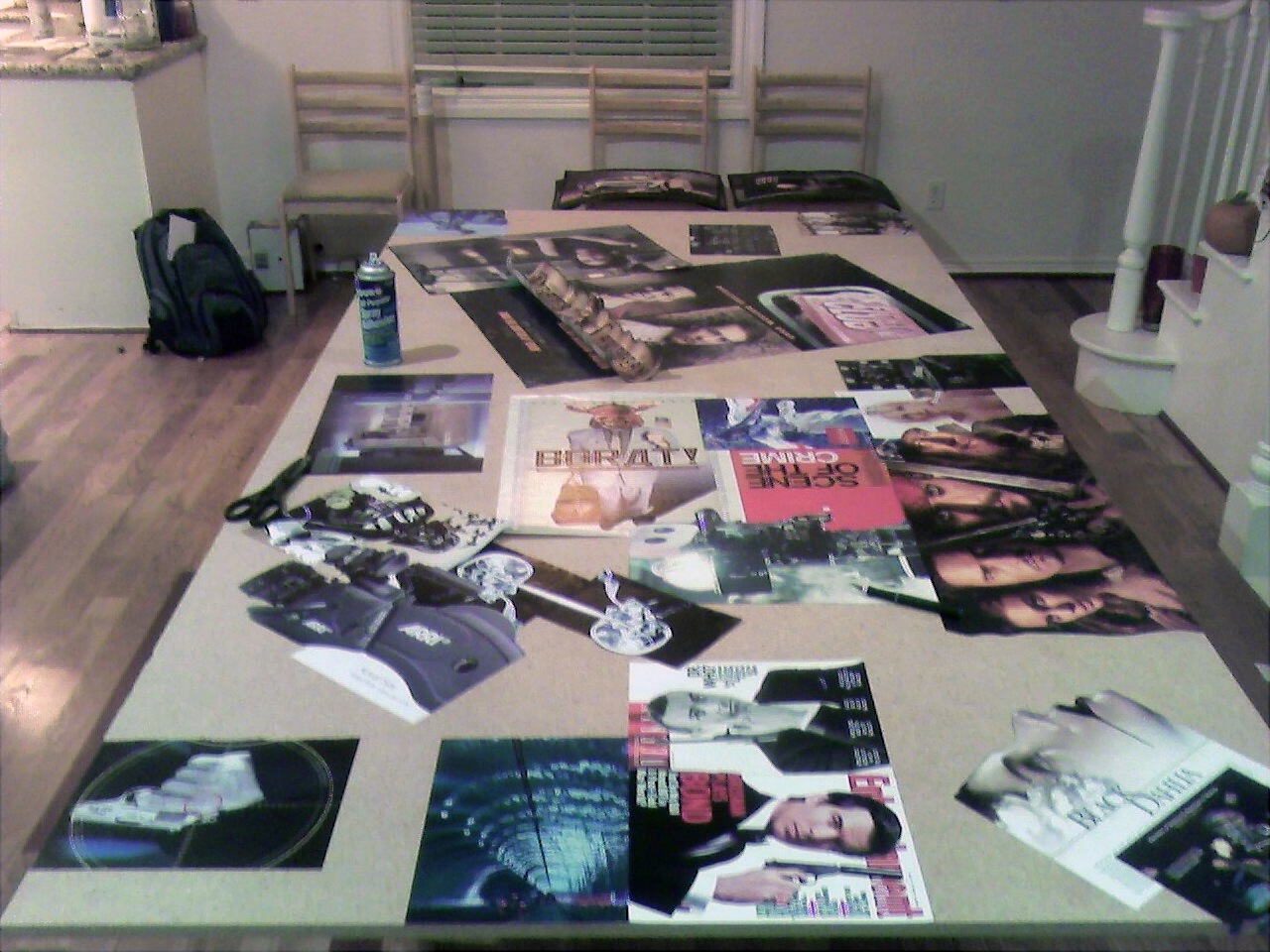 Pictures of the table

An Open Letter to Future Fathers

In The Lobby – A Story